Roger Kresge was a calculated risk taker and flourished by translating those risks into successful businesses. In addition to a variety of business interests and charitable endeavors, he attained the rank of Brigadier General in the United State Army, a reflection of his dedication to his country. Roger was a prominent businessman and aviator who spent a good portion of his life committed to improving the lives of the people in the Broome County area. He also believed that a strong community is directly tied to the opportunities we create to foster intellectual and social growth of our young people.

His generosity led him to create the Roger Kresge Foundation, and through it the means to support organizations that will continue his belief that the best way for our community to prosper is to invest in it, and its children. Although he died prematurely, his legacy lives on through the Foundation.

Since becoming fully funded in 1990, by the estates of Roger and his wife Mary Kresge, the Foundation has disbursed grants totaling over 4.9 million dollars, creating a wonderful gift in memory of Roger Kresge. 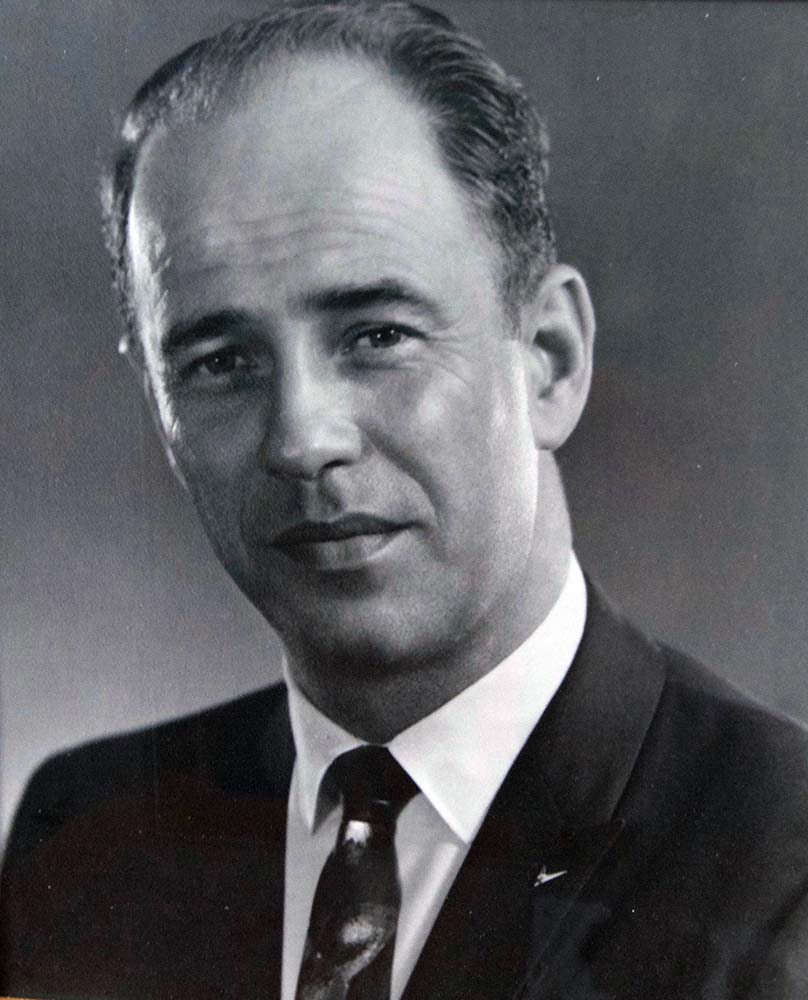 Roger Kresge was born on July 4, 1929 in Ithaca, NY to parents with strong religious conviction. Tithing was something that Roger learned at a very young age just as he learned that hard work and dedication would be an integral part of his life.

While growing up in Ithaca, Roger did more than the usual odd jobs of other kids his age. He started college, younger than most of his peers, often working several jobs at the same time. A manager at the college noted restlessness in Roger and questioned him about it. Roger said “I cannot define the problem. I know I am in a hurry to go someplace, but I don't know where. I want to be something more than I am, older than I am. I have a burning desire to get ahead…”. But to where? Shortly after that Roger started playing a piano in an abandoned fire house with several other men who accompanied him on guitar and clarinet. One thing led to another and someone suggested it “would be neat to have a dance”, at the time, an unacceptable endeavor at the college they were attending; he and the other band members were expelled from the school. The manager that had earlier shown an interest in Roger strongly urged him to work toward something beneficial in his life. Roger credited this person's encouragement and confidence in him, for making a difference in his life. 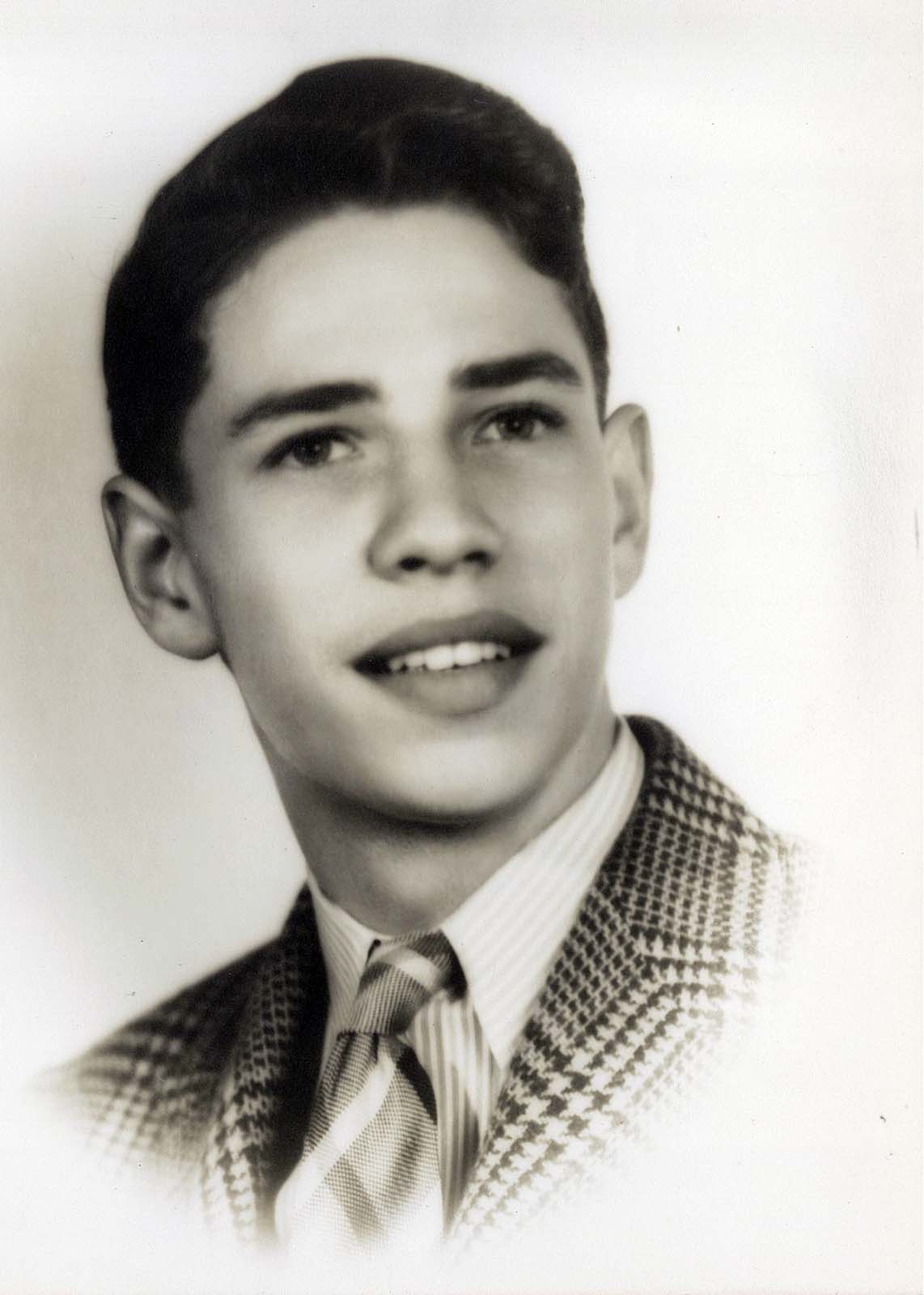 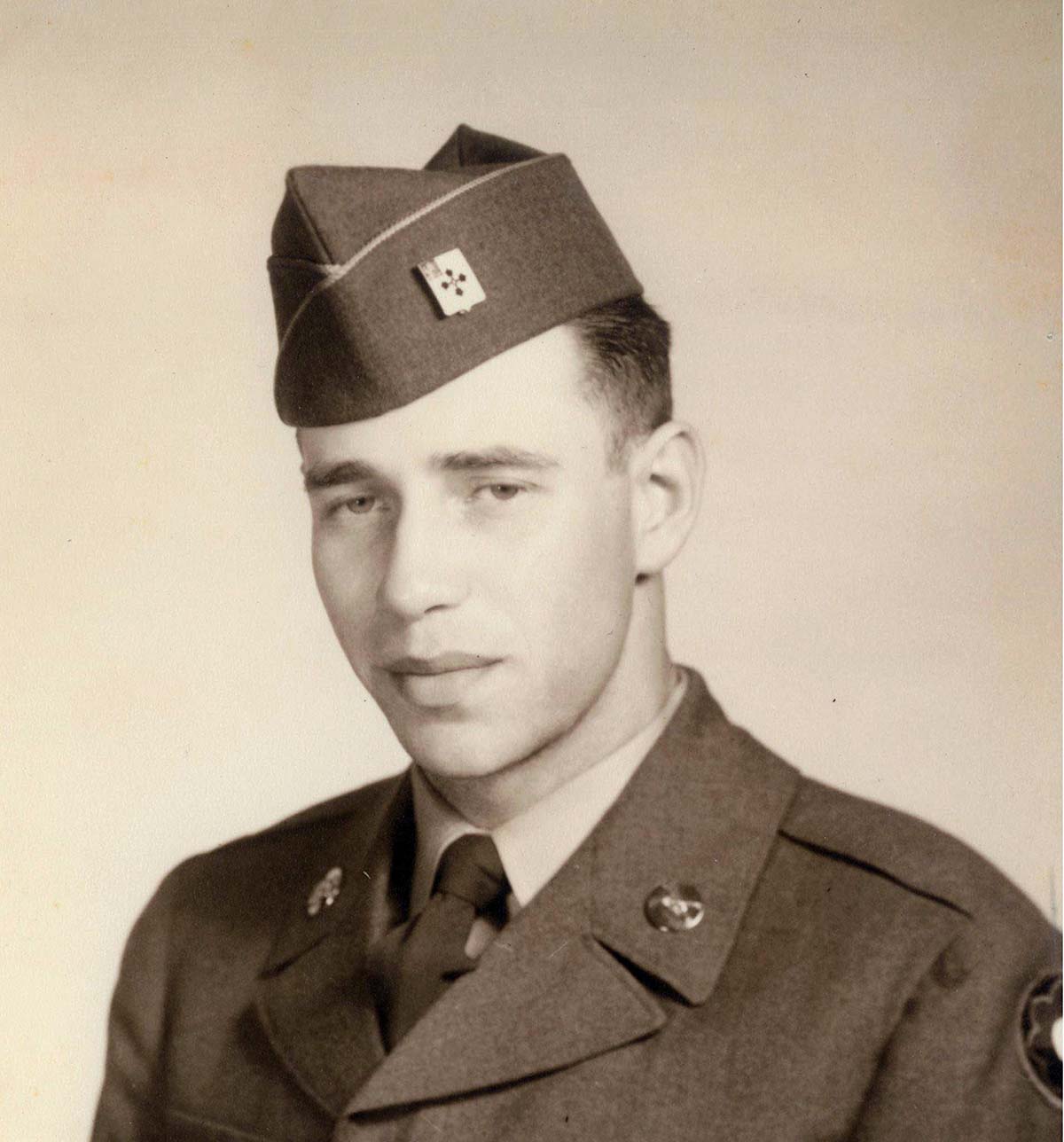 At the age of seventeen, Roger moved to Binghamton, NY and worked as a parts clerk at his uncle's car dealership, for $30 a week. At seventeen he was also a licensed pilot, later attaining both multi-engine and instrument ratings. At the age of twenty-one, during the Korean War, he joined the Air Force as a corporal, later transferring to officer-training school in the Army. While on leave in New York City he met Mary (Chris) Christian, at a USO dance. In 1951, at the age of twenty-two, Roger married Mary. Shortly after that, Roger was deployed to Korea. Upon his return he enlisted in the Army Reserve and remained an active Reserve member all his life.

Following his years of military service in Korea, Roger returned to his uncle's car dealership and began to excel in the business, working progressively from the ground up to management. At the age of twenty-five he managed a car dealership; and by twenty-eight he was general manager of three dealerships at the same time. Two years later he opened his first Volkswagen dealership and started a record of quadrupling sales and consistently exceeding the industry averages. Kresge went on to own several different businesses and other investments. As a calculated risk taker, he flourished by translating those risks into successful businesses. At twenty-nine Roger and his beautiful wife had three children with another on the way. The Kresge’s had a total of six children, one of whom was down syndrome.

Roger’s achievements in the business world were paralleled with his successful career in the Army Reserve. After joining the Reserve when he returned home from Korea, he held positions of increasing responsibility until he was named Commander of the 315th Engineering Corp. He was then informed he needed a four-year college degree to progress any further up in rank. 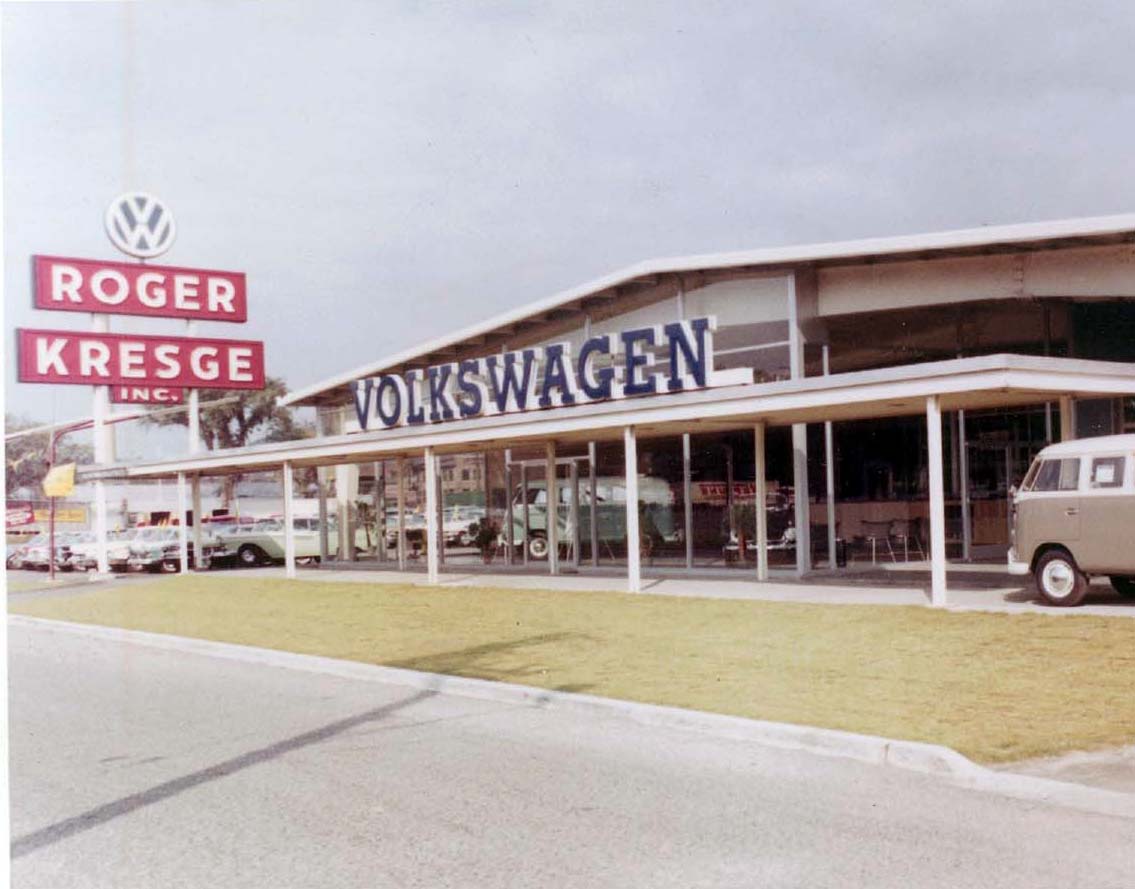 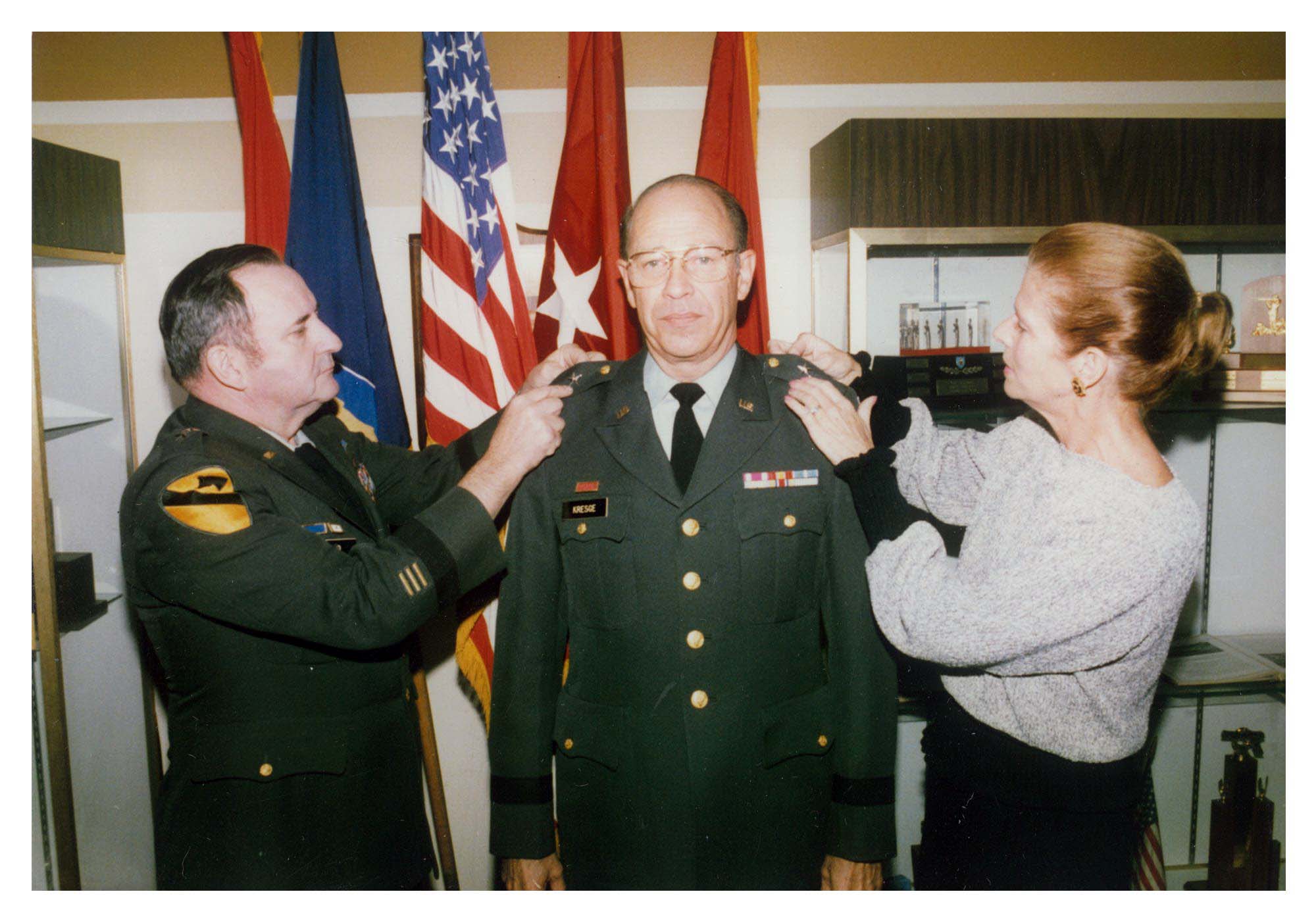 At age fifty, Roger enrolled in Empire State College and earned the needed four-year degree while continuing to run his businesses, a testament to his work ethic, tenacity to succeed and commitment to Reserve service. Upon completion of his degree, he was selected to Command the 411th Engineering Brigade in Brooklyn, NY, was promoted to Brigadier General, and continued to advance to only one of three commanding generals in the Reserve in New York State.

Throughout his adult life, Roger supported organizations that improved the conditions of children, adolescents and his community. He understood that a strong community is directly tied to the opportunities we create to foster intellectual and social growth of our young people and the health and wellbeing of our community members as a whole.

Roger Kresge believed every child deserved a healthy, happy and safe life with the possibility of a bright future. This is not guaranteed for every child. When Roger was just starting his own business, he became aware of the Children’s Home of Wyoming Conference, an orphanage at the time, in the Binghamton area. Some of the less fortunate children from the community were being placed there. Roger, having a new business and five children of his own, knew he could not do much but he wanted to do something to bring a little joy into their lives. Roger went to his local bank and took out a loan and gave it to the Children’s Home so that every child there would have a gift at Christmas. This was part of a life-long tradition of giving back to his community.

The Roger Kresge Foundation continued this partnership with the Children’s Home, through grants contributing to the education programs, the Kresge Education Building, Residence Dorms and more. 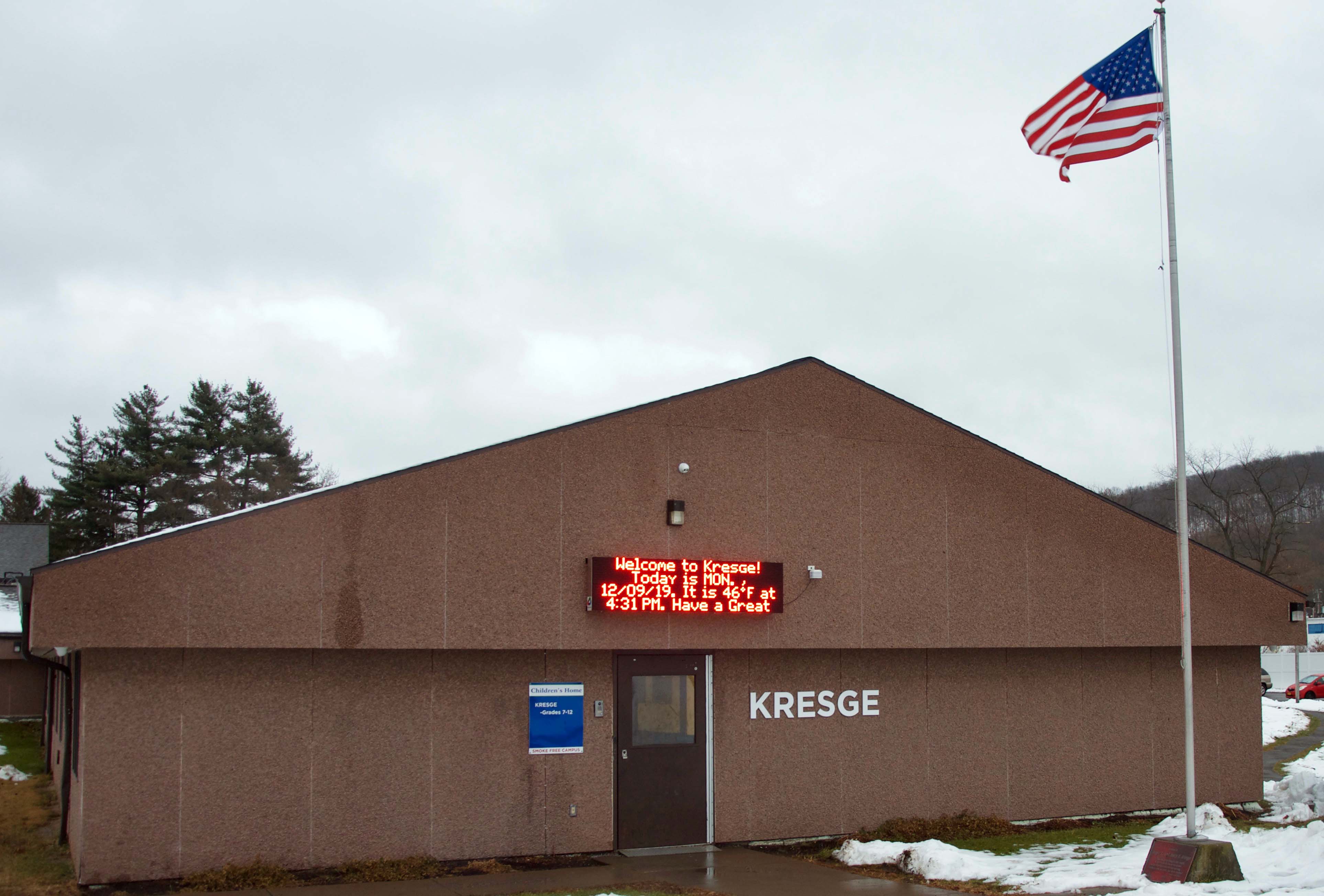 All of these endeavors led to the development of a foundation that could do much needed charitable giving. In 1970, Roger began to direct some of his energies toward building the Roger Kresge Foundation. His primary interest and what he believed to be the essence of possibilities for the future rested on improving the lives of children and young adults. He also believed the best way for our community to prosper and grow was to invest in its base; its children. Like the manager from his college days, that had encouraged him, Roger believed it was conceivable to offer the possibility of a better future for children and young adults, especially those who could not afford continuing education or additional training. He wanted to help create these possibilities and provide crucial funding for more local charitable organizations. His goal was to make the foundation worth one million dollars in his life time.

Unfortunately for all of us, his life was cut far too short. Leaving an Army meeting in New Jersey, Roger was cleared to land in Binghamton, NY, where he was scheduled to attend a local board meeting. Piloting a private plane heading toward Binghamton he encountered a serious cold front with extremely heavy fog. The plane was diverted to Elmira but before Roger could land the weather further deteriorated which resulted in additional weight from icing. Unable to control the descent, the plane crashed taking his life. Yet in his death, and shortly thereafter the death of his wife, the value of the foundation exceeded his dream. The Roger Kresge Foundation has endeavored to enrich the Broome County community with the legacy the Kresges left.

To date the Roger Kresge Foundation has given over 4.9 million dollars in grants.

The Roger Kresge Foundation concentrates grant funding on projects and organizations that enhance, expand and improve the lives and outcomes of children and young adults.